Building Pillars of MesoScale Particles on a Surface 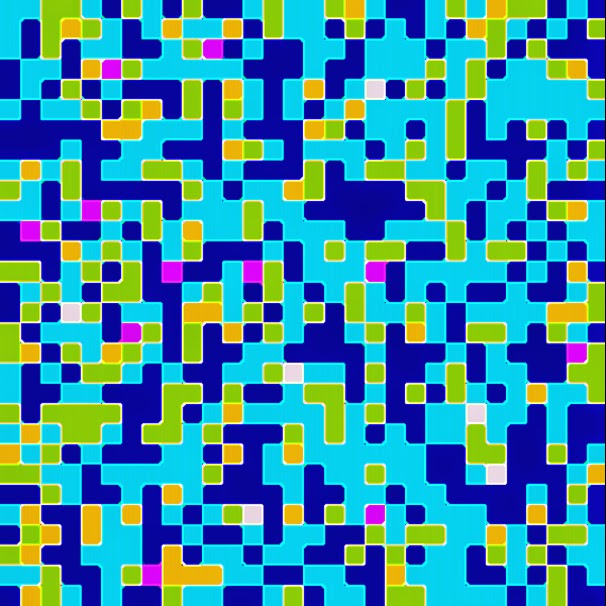 Let’s build layers of (macromolecular) material on a surface. If the material were lego pieces, then the amount of coverage at any given point would be precisely the number that fell there and connected (interlocked). In the simplest cases, you might imagine the same type of construction on a macromolecular scale surface with nano sized bricks. The trouble is that at that small length scale, particles are no longer rigid. The possibility of such softness allows for higher density layers and even a lack of certainty as to which layer you are in. This leads to a roughness in the surface due to the fact that the soft legos stack more in some places than others. Moreover, there will be regions without any legos at all which means that the surface will not be completely covered. This led us to ask: What is the surface coverage as a function of the amount of macromolecular material coated on the surface and the degree of softness of that material?

As in our recent work using tricked-up hard particles, we wondered whether we could answer this question without using explicit soft particle interactions. It does, indeed, appear to work in the sense that we are able to capture the differences in coverage of the surface between a metastable coverage in which particles once trapped at a site remain there, and the relaxed coverage in which particles are allowed to spread across the surface. We also found that relaxation leads to reduced coverage fractions rather than larger coverage as one might have expected a spreading of particles due to the relaxation.

This work was performed by my graduate student, Dr. Galen Craven, in collaboration with a research scientist in my group, Dr. Alex Popov. The title of the article is "Effective surface coverage of coarse grained soft matter.” The work was funded by the NSF. It was published on-line in J. Phys. Chem. B back in July, and I’ve been waiting to write this post hoping that it would hit the presses. Unfrotunately, it’s part of a Special Issue on Spectroscopy of Nano- and Biomaterials which hasn’t quite yet been published. But I hope that it will be soon! Click on the doi link to access the article.

Engaging with Your Audience 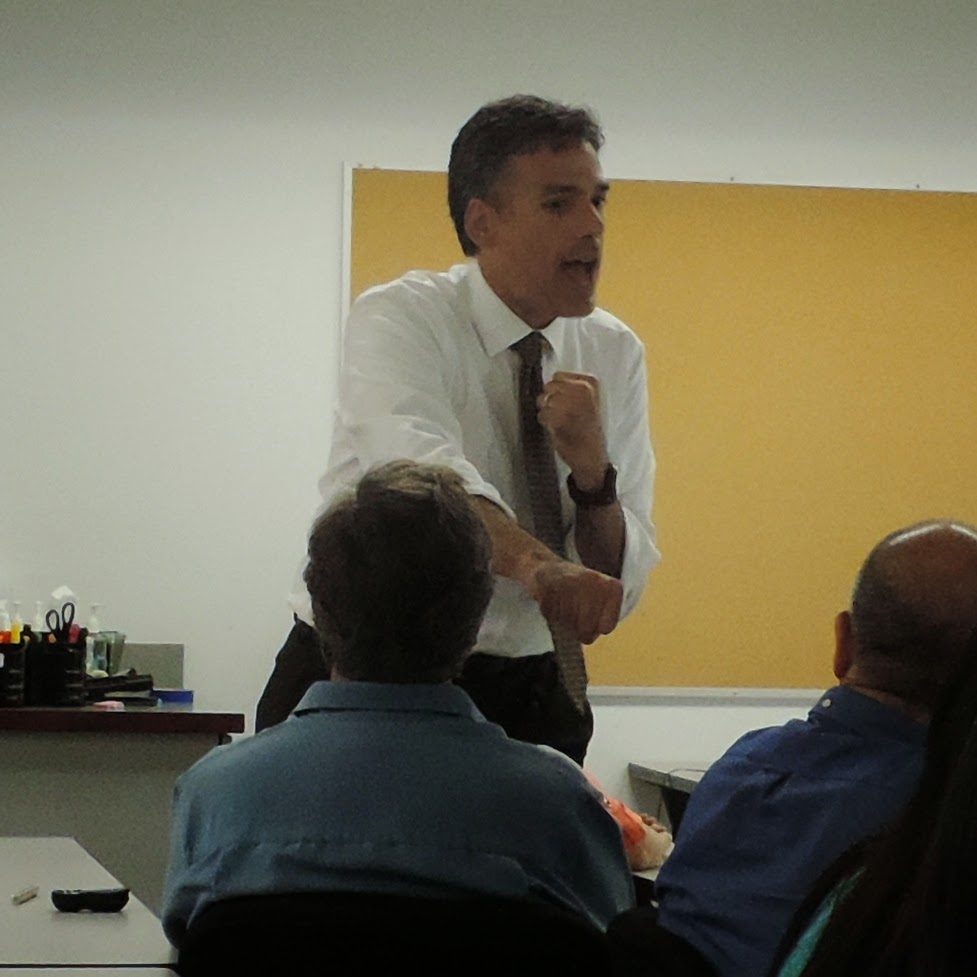 How far are you willing to go in keeping your audience awake during your seminar? Are you willing to punch one of your audience members? Well not quite punch them, but as in the picture accompanying this article a near miss. Or perhaps you use the Socratic method, hoping that someone will answer? Educational research has shown that active-learning modalities are the most effective way of teaching in the classroom. As lectures are meant to teach the audience about your research (or whatever topic you are describing), why not use them there as well?

At a seminar in UCSD a couple of years ago, I was asked a question concerning the velocity implemented in steered molecular dynamics. The issue concerned how the environment around a protein is affected by the speed in which a protein is literally pulled through it. This is analogous to a fist hitting your mouth. If the fist moves slowly enough, hopefully your mouth will have time to open and adjust itself allowing the fist to fit. But if the fist moves quickly, your teeth will likely be broken. To demonstrate this, without the benefit of this prior explanation, I ask for a volunteer (as I did extemporaneously at UCSD, and then later at Cal State LA where Carlos Gutierrez volunteered as is shown in the accompanying photo) and stunt punch him or her. The students (and the volunteer) are clearly surprised about the action and all are generally relieved that no one was hurt. More importantly, the visual metaphor helps them to better understand the algorithm. Many of them subsequently relay the visual metaphor to their friends and colleagues, undoubtedly also struggling to explain the connection to the science of the seminar. This requires audience members to commit the concepts to a longer-term memory. And this fits with my goal for my seminars which is to help students and colleagues learn and remember the science that my group is advancing. Sage at the stage may be comfortable and without risk, but engaging with your audience offers better rewards!
Posted by Rigoberto Hernandez at 6:00 AM No comments: