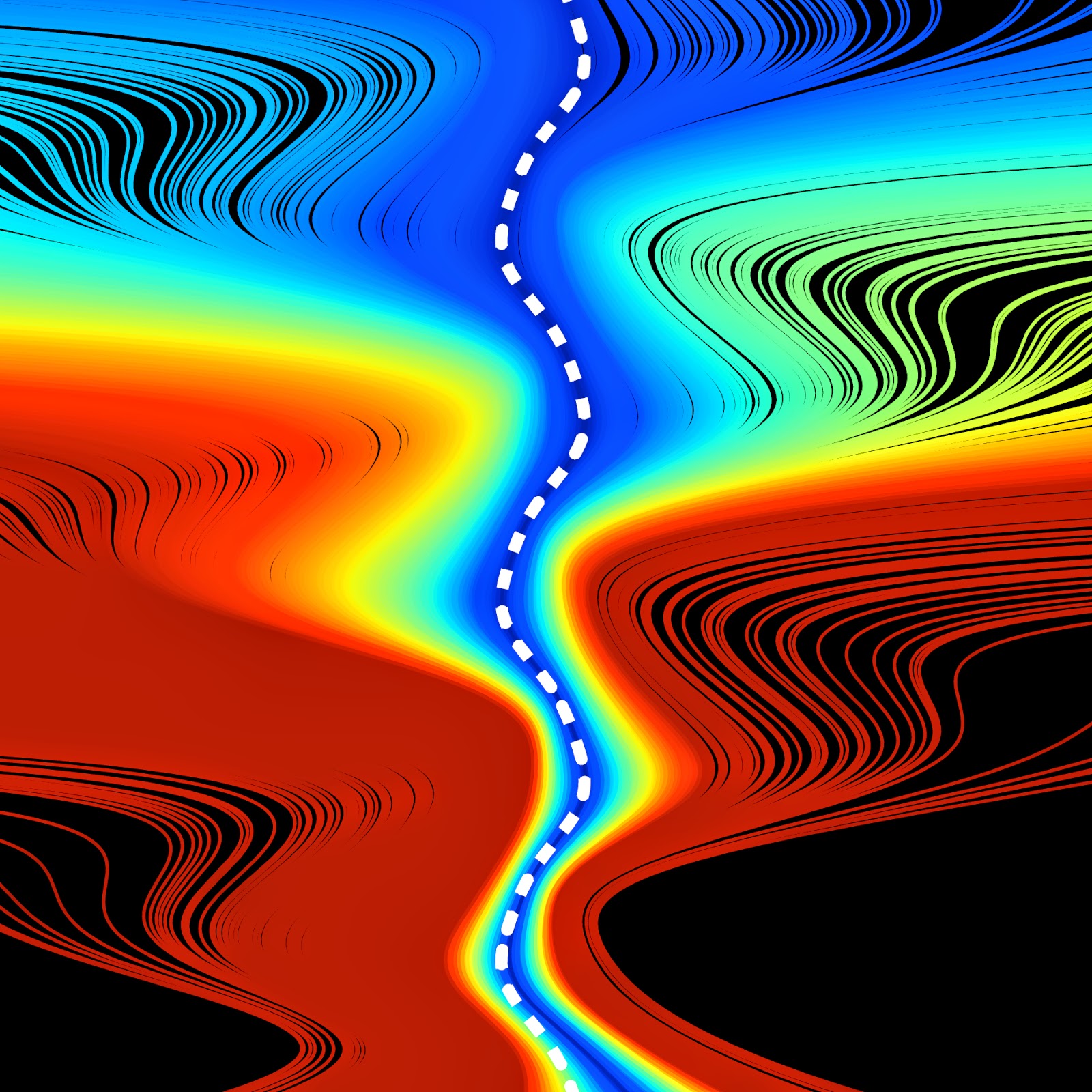 Suppose that a 5' foot wall stood between you and your destination. In order to determine if and when you got to the other side, all you'd have to do is stand at the top of the wall and check when you got there. (Presumably falling down to the other side from the top would be a lot easier than getting to the top.) If, instead, there was a large mob of people trying to get across the wall, we'd have to keep track of all of them, but again only as to when each got to the top of the wall. This kind of calculation is called transition state theory when the people are molecules and the wall is the energetic barrier to reaction. The key concept is that the structure—that is, geometry—of the barrier determines the rate, and this geometry doesn't move.

If the wall were to suddenly start to slide towards and away from where you were first standing, then it might not be so easy to stay on top of it as you tried to cross over. Certainly, an observer couldn't just keep their eyes fixed to a point between the ends of the room because the wall would be in any one spot only for a moment. So is there still a way to follow when the reactants have gotten over the wall—that is, that they are reactants—in the crazy case when the barrier is being driven back-and-forth by some outside force? My student Galen Craven, our collaborator Thomas Bartsch (from Loughborough University), and I found that there is indeed such a way. The key is that you now have to follow an oscillating point at the same frequency as the barrier but not quite that of the top of the barrier. In effect, if the particle manages to cross this oscillating point, even if it hasn't quite crossed over the barrier, you can safely say that it is now a product. There is one crazy path, though, for which the particle follows this point and never leaves it. In this case, it would be like Harry Potter at King's Cross station never choosing to live or die. That's the stable path that we found in the case of field induced barrier crossing.

The title of the article is "Persistence of transition state structure in chemical reactions driven by fields oscillating in time." The work was funded by the NSF, and the international partnership (Trans-MI) was funded by the EU People Programme (Marie Curie Actions). It was released recently as a Rapid Communication at Phys. Rev. E. 89, 04801(R) (2014). Click on the PRE Link to access the article.
Posted by Rigoberto Hernandez at 12:00 PM No comments: