Soft materials made up of tricked-up hard particles 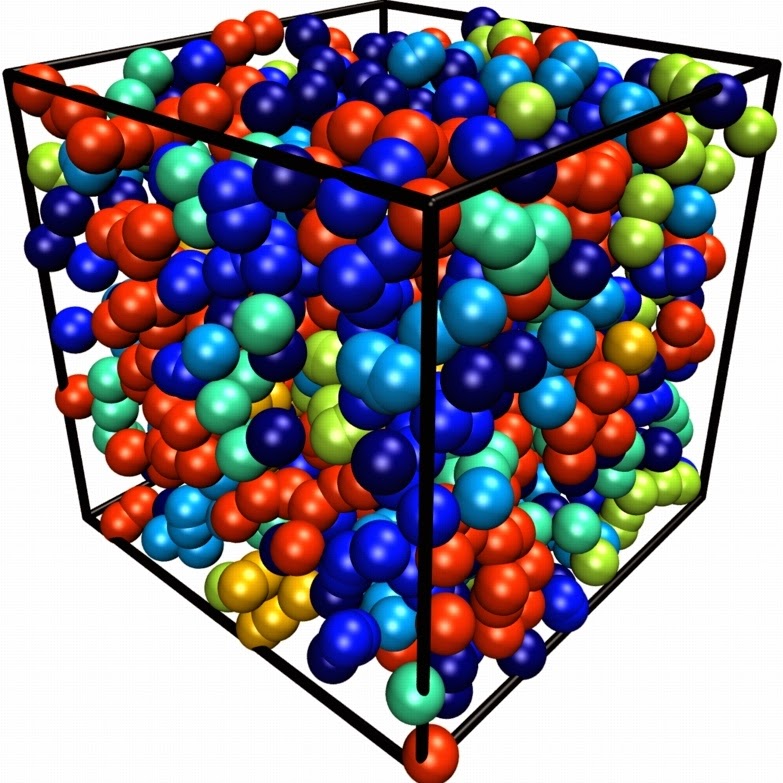 Materials are made of smaller objects which in turn are made of smaller objects which in turn… For chemists, this hierarchy of scales usually stops when you eventually get down to atoms. However, well before that small scale, we treat some of these objects as particles (perhaps nano particles or colloids) that are clearly distinguishable and whose interactions may somehow be averaged (that is, coarse-grained) over the smaller scales. This gives rise to all sorts of interesting questions about how they are made and what they do once made. One of these questions concerns the structure and behavior of these particles if their mutual interactions is soft, that is when they behave as squishy balls when they get close to each other and unlike squishy balls continue to interact even when they are far away. This is quite different from hard interactions, that is when they behave like billiard balls that don’t overlap but don’t feel each other when they aren’t touching.

I previously blogged about our work showing that in one-dimension, we could mimic the structure of assemblies of soft particles using hard particles if only the latter were allowed to overlap (ghostlike) with some prescribed probability. In one dimension, this was like looking at a system of rods on a line. We wondered whether this was also possible in two dimensions (disks floating on a surface) or in three dimensions (balls in space). In our recent article, we confirmed that this overlapping (i.e. interpenetrable) hard-sphere model does indeed mimic soft particles in all three dimensions. This is particularly nice because the stochastic hard-sphere model is a lot easier to simulate and to solve using theoretical/analytical approaches. For example, we found a formula for the effective occupied volume directly from knowing the “softness” in the stochastic hard-sphere model.

The work was done in collaboration with my group members, Galen Craven and Alexander V. Popov. The title is "Structure of a tractable stochastic mimic of soft particles" and the work was funded by the National Science Foundation. It was released just this week at Soft Matter, 2014, Advance Article (doi:10.1039/C4SM00751D). It's already available as an Advance Article on the RSC web site, though this link should remain valid once it is formally printed.
Posted by Rigoberto Hernandez at 6:00 AM No comments:

Old-World Publishing in the New Age 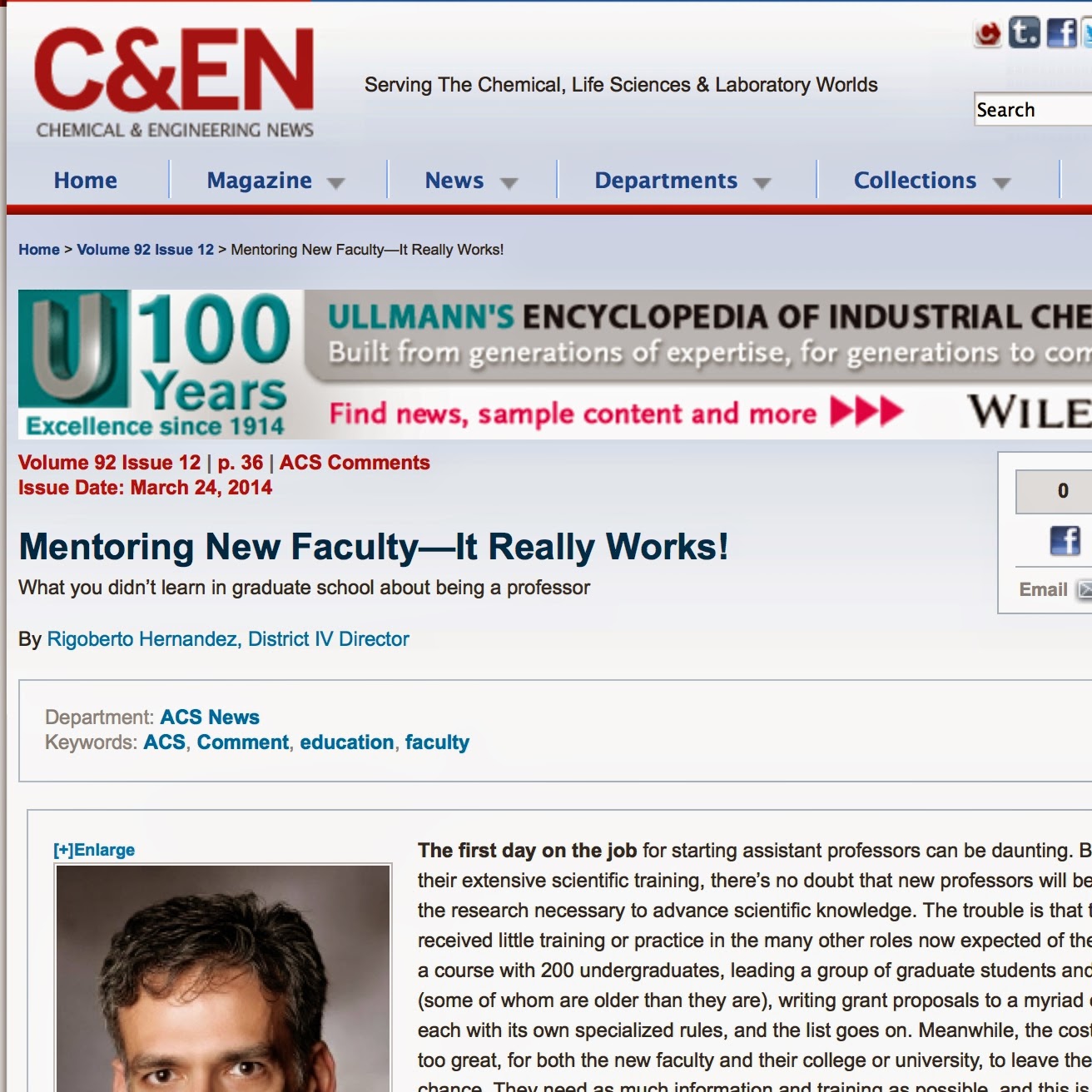 Through the web, we can self-publish pretty much anything at any time. This doesn't guarantee, however, that anyone will read it. Actually no venue can guarantee that. Old world platforms such as newspapers, trade publications and journals do have a circulation among their audiences that effectively guarantee a certain number of page views. On the other hand, all-electronic open access journals can serve as such amplifiers as well. Some blogs have become so popular that their number of page views exhibit viral-like growth. So why should anyone publish on the old-world platforms?

That's a loaded question, and truly one that has many possible good arguments to support it. I'll rest on providing one answer by example.  I recently published a Comment in C&EN. The piece was quite a bit longer than my usual blog post. As such, it would have been appropriate for my EveryWhereChem blog only if I broke it up into about three posts. There is one more key difference. I was able to work with an editor who helped me to focus the piece while allowing me to retain my "voice." My prose was probably a bit too breezy, but she embraced it and made it better. Trouble is that editors need to be paid and one might argue that authors do too! While this and other quality control mechanisms are not exclusive features of the old-world publishing model, they are certainly a large part of the service that authors and readers enjoy from them. They also serve as curators of the pieces that they publish. And this means that a good editor can exert a meta-level quality control that adds value to the readership. There's also a role for blogging as otherwise I wouldn't be writing this too. My postmodern view of the so-called traditional publishing venues is that they remain valuable even if we aren't sure how to monetize it as readily as we once did.

My C&EN Comment focused on Mentoring and the key role if fills in advancing young scientists into their careers. Most new faculty learn the job on the job. As the demands and the tenure decision pressure have grown, it is nearly impossible to figure out the job without help. This is where mentoring can play a big role.  The New Faculty Workshop is one attempt to institutionalize mentoring across all of the chemistry research- active departments. I wrote about my experience at last year's New Faculty Workshop in two earlier posts on July 6 and July 16. The next workshop being held on July 31-August 2, and I'm looking forward to meeting the newest cohort of young faculty.

Check out my my March 24th Comment in C&EN on “Mentoring New Faculty—It Really Works!” and John Schwab’s letter to the editor on May 19th reiterating the “Importance of Mentoring” in response to my Comment.
Posted by Rigoberto Hernandez at 2:00 PM No comments: