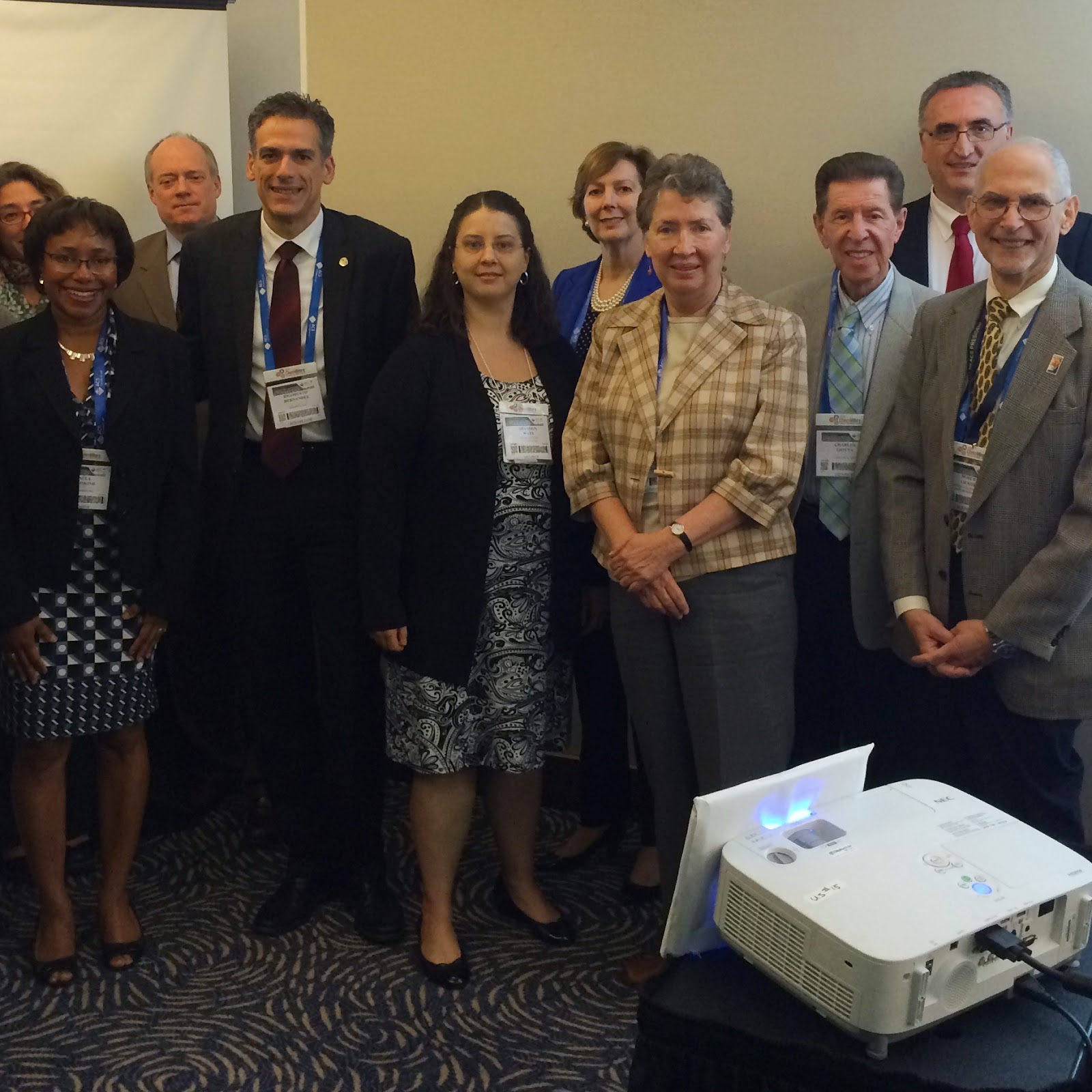 There's a catch-22 with any attempt to increase the participation of under-represented groups in the chemical sciences, and perhaps elsewhere too. On the one hand, students need to be trained to enter the workforce. On the other hand, they need to make the choice to be trained, presumably because jobs in the chemical sciences are more desirable than the alternatives. There exist many successful programs aimed at the former, but I believe that such programs face an uphill climb because, on top of everything else, they must convince potential candidates that a career path in the chemical sciences is desirable. Sadly, though the odds for success in professional sports are much lower, it appears to be relatively easy to convince someone to follow that dream through college. When it comes to choosing college majors, however, students tend to be more cautious about potential long-term employment opportunities. This is true for everyone, but it's often acutely so for students from under-represented groups who face the possibility of finding diversity inequities along their career path. An objective of the OXIDE effort is to help break the catch-22 by changing the culture so as to eliminate real or perceived diversity inequities. Our hypothesis is that a culture that is accommodating to everyone will lead to departments with demographics that are in congruence with those of the national population.

Our recent article, "A Top-Down Approach for Increasing Diversity and Inclusion in Chemistry Departments," was roughly based on an invited presentation (by the same title) at the Presidential Symposium held at the 246th National Meeting of the American Chemical Society (ACS) in Indianapolis in September 2013. The symposium topic was the "Impact of Diversity and Inclusion" and included several other presentations that were also turned into peer reviewed articles in the recently published ACS Symposium book. I spoke about the work by Shannon Watt and me through our  OXIDE program. She's pictured just to my left in the image accompanying this post.  That picture, by the way, was actually taken at the 248th ACS National Meeting held in San Francisco in August 2014. I included this more recent photo with this post because, in addition to Shannon and me, it features several individuals who have been supportive of the OXIDE effort and who also spoke at the recent symposium on "Advancing the Chemical Sciences through Diversity" and thereby continued the dialogue on inclusive excellence at ACS meetings.

The article was  written with my collaborator, Shannon Watt. The reference is "A top-down approach for diversity and inclusion in chemistry departments," Careers, Entrepreneurship, and Diversity: Challenges and Opportunities in the Global Chemistry Enterprise, ACS Symposium Series 1169, edited by H. N. Cheng, S. Shah, and M. L. Wu, Chapter. 19, pp. 207-224 (American Chemical Society, Washington DC, 2014). (ISBN13: 9780841229709, eISBN: 9780841229716, doi: 10.1021/bk-2014-1169.ch019) Our OXIDE work is funded by the National Science Foundation, the Department of Energy and the National Institutes of Health through NSF grant #CHE-1048939.
We are also grateful to recent gifts from the Dreyfus Foundation, the Research Corporation for Science Advancement, and a private donor. 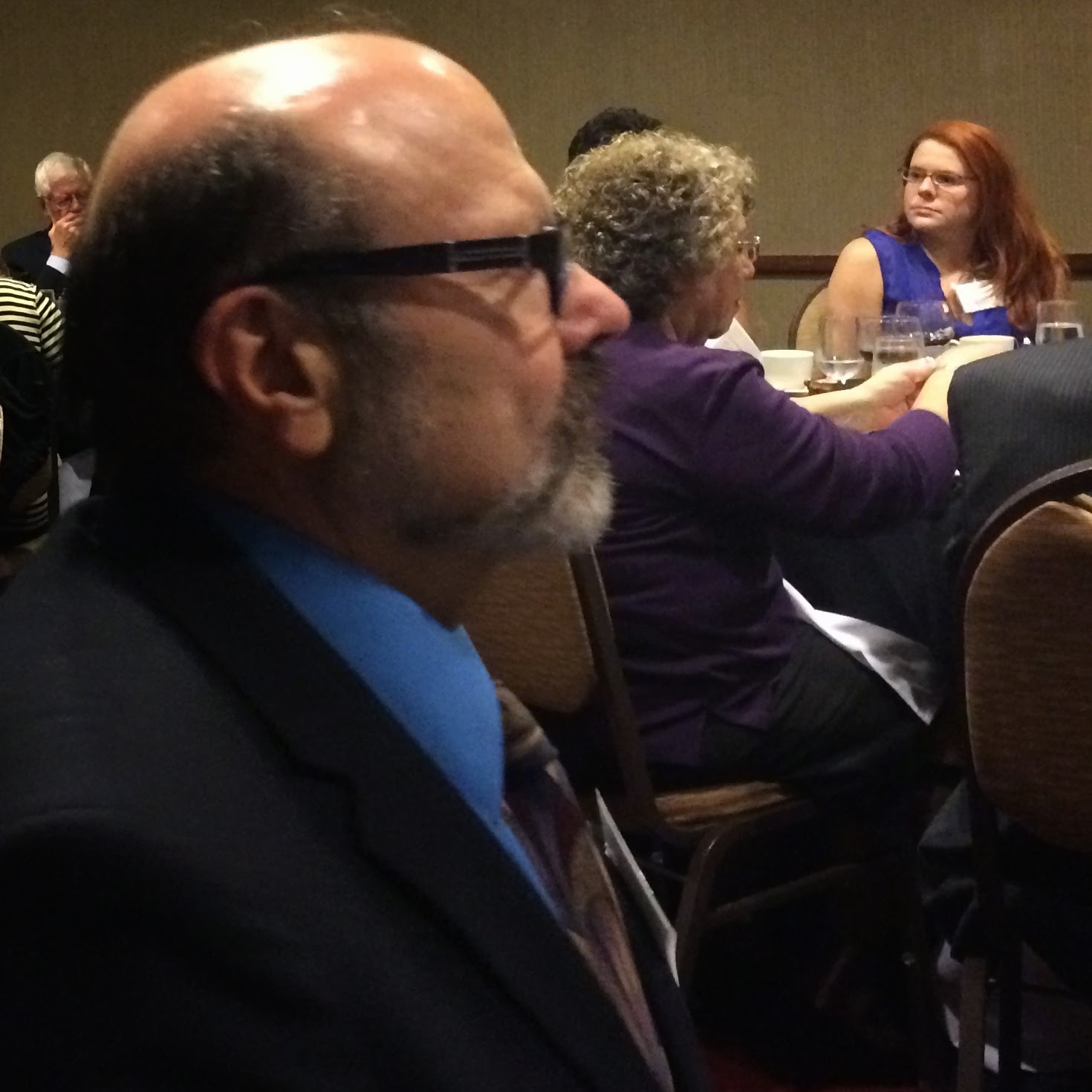 Through high school, you are mostly taught the facts. As an undergraduate, you are taught to teach yourself the facts and how to construct answers to questions. In graduate or professional school, you are taught how to ask the right questions. The irony in this construction lies in the common misconception that Ph.D.s know all the answers, when in fact they mostly know the gaps in knowledge. That is, Socrates was not being so humble with his oft quoted saying, "the more I learn, the more I learn how little I know."

At the recent Herty Medal Award Dinner hosted by the Georgia Local Section of the ACS, I was pleased that nearly an entire table was filled by AP Chemistry students from Luella High School in Henry County. One of them asked our medalist, Luigi Marzilli, for advice on her way to college. I took the liberty of conveying the stages I described above. My point is that the mode of learning undergoes a paradigm shift in going from high school to college. My advice to students is thus to be aware of this change and be deliberate in changing their study habits. Indeed students often struggle as they approach the cliff on the edge of what they know coming from high school and the large body of new material that they are now expected to know in a college class. They often respond by trying to memorize every new fact and figure, but the shear magnitude of data makes such a path difficult to follow. Instead, they need to learn the material conceptually so that they can readily process the problems they face on exams and beyond. This requires practicing the problems and making the connections between the concepts steadily through the term, not in a single cramming session the night before the exam!