Keep your outline to yourself! (A random walk through how I run my lab, Item 3) 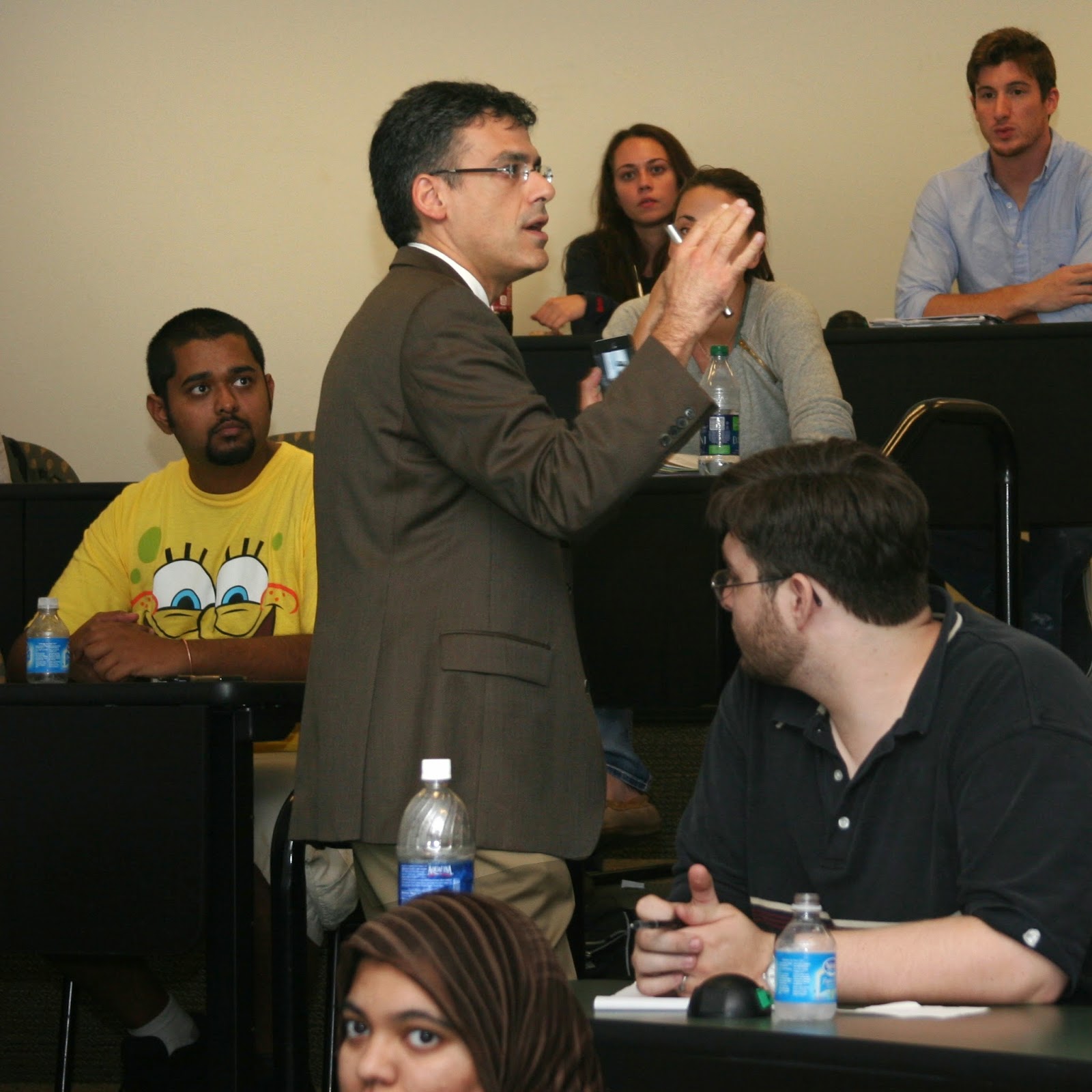 The best talks (presentations) are the ones that look completely unrehearsed, but for which the speaker's extemporaneous talent somehow causes them to hit every high and low dead on. That can only be achieved with tremendous preparation. To that end, I encourage my students to practice their presentations often. I ask them to present at least once, often twice, in one of our research group weekly meetings, to present it in front of my research group (without me present) at least once more, and to send me the slides several times for feedback. Depending on the importance of the venue, I also ask them to practice it in my office. In that setting, I often video record them. This ensures that they are not as relaxed as they would be in a one-on-one setting. It also gives them a recording that they can use to self-analyze their performance. Repetition alone is not enough because inherent mistakes will persist unless they are checked. As such, it is important that every practice presentation be followed by a lengthy critique.

Here follows a necessarily incomplete set of suggestions on how to deliver a better science presentation:


I welcome more tips to be added to this list through your comments!

(This is the third post in a series of items on how I run my lab. Check out the list here.) 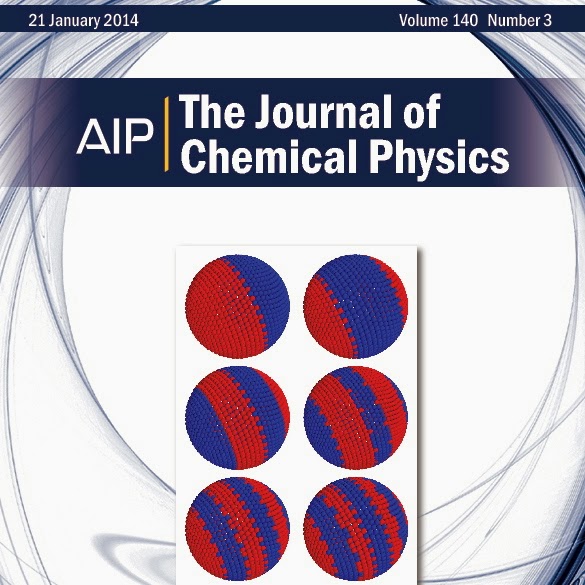 When was the last time that you took a bunch of pool balls, suspended them in a thick oil, and watched how they assembled? Pool balls being what they are, they will simply stack on themselves, though there is some question as to how efficiently they do so. If you start to shake the container, thereby maintaining some average kinetic energy (that is, temperature), they probably started to jiggle. They probably won't rotate much. Even if they do, it won't matter much because they collide with each other in the same way no matter what. So now take the balls and paint them with some pattern of red and blue paint, and suppose that there is a difference in the forces between the spheres depending on which colored surfaces are near each other. Now when they collide with each other, they have preferred relative orientation. The emergence of structure (or patterns in the positions and orientation) of the pool balls should presumably be very sensitive to how you painted them.

This is precisely the problem that Matthew Hagy and I have been studying over the past couple of years. Our pool balls are actually colloidal particles of a couple hundred nanometers in diameter. The paint corresponds to the charges encoded on the surface of the colloids. Opposite charges attract. Initially we studied Janus particles that literally have two faces, one hemisphere is positively charged and the other negative. (If interested, you can also check out my earlier blog post on the dynamics of Janus particles.) In the work that was just published in the Journal of Chemical Physics, we now consider the case in which the spheres are coated in stripes of alternating charge. This generalizes the surface pattern of the Janus particles to three, four, five, six, and more stripes. The funny thing is that very little happens to the packing of the particles because that property is so strongly dominated by the shape of the particles. But their motion, and the timescales in which they relax from a given deformation is highly sensitive to the number of stripes and perhaps also to how they are striped. In a sense, this says that if you want to maintain their behavior, you can fatten them up a little but you can't change their stripes.

Power of analogies in science 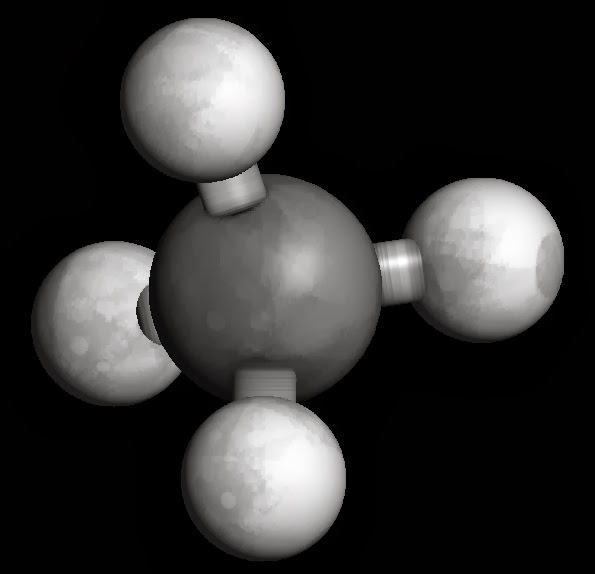 If you know how a basketball spins on each of its axes, then it turns out that you also know how a classical methane molecule spins. Such analogical pairings are useful because they allow you to better understand the less familiar of the pair through what you know of the other. The trouble, of course, is that analogies are often imperfect. Not every property is directly connected between the pair. So you have to be careful to assign which are mappable. For example, you certainly won't be able to play basketball with methane despite the analogy with respect to rotations.

Meanwhile, mapping a problem to one that is even more difficult to solve sounds like a bad idea. But if the more difficult problem solves itself them you just might win out after all. Toshiyuki Nakagaki and his colleagues at Hokkaido University did just this, twice. First, they showed that they could map simple mazes onto a board in which mold could grow. It turns out that after a while, the mold grows best along the shortest path between the ends. It would be very difficult to simulate the mold growth, and yet the analogy allows the mold to solve a complicated optimization problem for us. It turns out that you can replace the maze with a real problem related to finding the best possible train network connecting some number of cities over a selected terrain. Now the mold can be used to find the optimal rail network. For each of these two analogies, Toshiyuki Nakagakii received ig Nobel awards. I mention him, in particular, because I got a chance to meet him while I was in Japan. And now, I wonder if I might be able to map the solution of a chemical reaction pathway to his mold growths?!

In detail, the dates and prizes of the teams recognized by ig Nobels for mold growths mentioned above are: 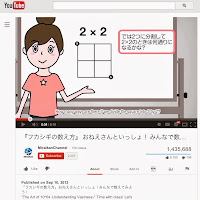 Counting is a rather simple thing. You increment a given number by one just like in the journey of one thousand miles you take a step and repeat. Trouble is knowing when to stop. Ultra runners might not stop until they get to 100 miles (about 180,00 steps), but few will be able to tell you exactly how many steps they took. It's just too annoying to keep the count up and enjoy the view. Regardless, this gives us a good estimate of how high a person might be able to count in a day (if they count really fast). To get to the number in the title, it would take such a person over 600 billion years...

Now consider how long it would take to count the number of possible distinct non-recrossing paths following the edges of a square between the opposing corners along a diagonal. That's two, and it takes you less than a second. Suppose that you make it a two by two square. The number of possible distinct non-recrossing paths now comes up to 12. You might then ask about a 3 by 3 square or larger. Or maybe not as that might seem a little too mathematical. Dr. Minato and his colleagues followed this train of thought and made a YouTube video to illustrate how quickly the count grows. It's in Japanese with English subtitles and already has well over a million page views!

While this is a very fundamental question, it's useful to recognize that knowing how to count paths (particularly using Minato's clever algorithms) on an arbitrary network has lots of cool applications. Among these could be the determination of the sum of chemical pathways between reactants and products. That's the problem that I'm interested in, but it's a little harder because each path has a different weight (or cost.) The cost isn't necessarily the same for each of Minato's subsets and consequently it isn't trivial to reuse his existing algorithms. But here lies a challenge to a possible advance in the field of chemical physics.

Check out "The Art of 10^64 -Understanding Vastness-Time with class! Let's count!" on YouTube.

Posted by Rigoberto Hernandez at 7:00 AM No comments: