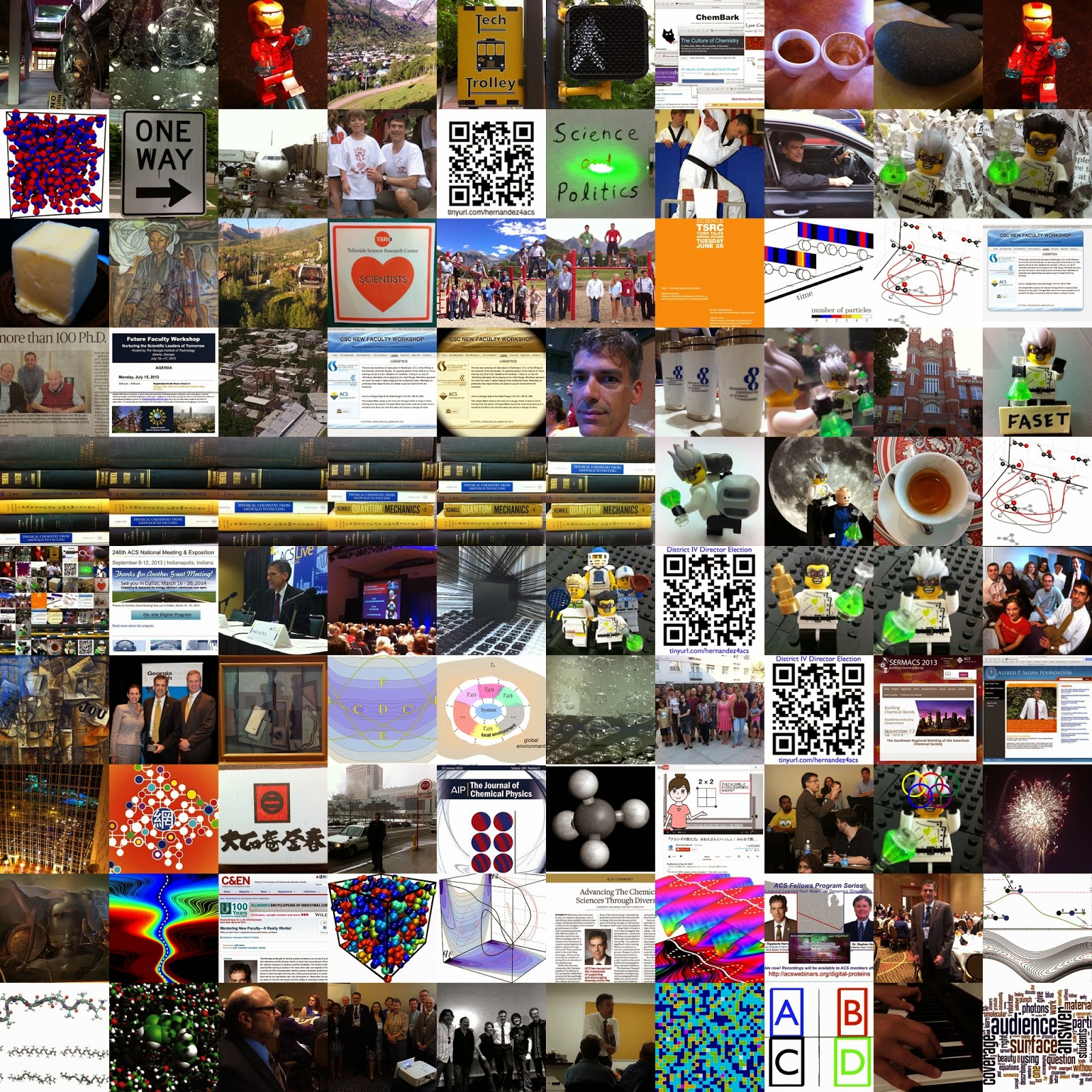 This is my 100th post. The first 99 posts have already received over 31,000 page views. The rather eclectic mix of my posts is visible in the top 5 viewed posts:


As traditional publishers have long known, how-to books and articles do well, and my post giving tips for delivering better scientific presentations is at the top. On the other hand, a historical view of physical chemistry and chemical physics also found an audience. A post reporting on our recent theoretical and computational research work has done well. Our discussion of diversity also found an audience. There is no telling how well such page views correlate with each other. For example, are readers of the diversity-related articles interested in my science publications or in my off-beat observations about the underlying science of a rock?

All of these analytics are catnip for scientists who crave hard data to support the impact and importance of our work. The h-index (named after Jorge Hirsch), for example, attempts to quantify the impact of a scientist’s oeuvre through a cumulative but tempered accounting of the citations that their work has received. It’s of practical use because it’s very hard to compare different scientists. On the other hand, the h-index is wrought with confounding factors… The larger the field, the more citations every paper within it receives; membership in groups of prolific scientists who happily follow each other’s work gives a happy boost to all; advances in “hot” areas will necessarily receive more attention; the Matthew effect; the longer the scientist's career, the higher the h-index; and the list goes on. Such factors, though seemingly giving some scientists advantages over others, are not necessarily positively uncorrelated with their impact. And the h-index has become a metric that nearly every scientist detracts, but simultaneously follows with equal interest.

So looking at the analytics of my posts, I am simultaneously humbled and dismayed. I never expected that there would be, on average, more than 300 page views per post. This number is likely more than what my scientific articles receive. The latter have been peer-reviewed and have advanced science, but have they directly touched nearly as many lives as my posts? On the other hand, 300 page views pales in comparison with some of the more established science bloggers, and is far surpassed by anything that LeBron James or Taylor Swift tweets by a factor of, like, infinity. So I’ll keep posting, if only because thankfully you, dear reader, are still reading, and hopefully I’m providing you with some outside-the-box perspectives not available elsewhere.

Posted by Rigoberto Hernandez at 5:30 PM No comments: