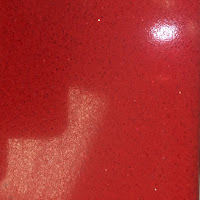 How frequently to post is a perennial question for anyone with a footprint in social media. Too frequent and no one pays attention to all the noise. Too seldom and no one bothers to look. In either case, you also risk the possibility that Twitter, Linkedin or Facebook will deprioritize your post when serving it to your followers or friends. Of course, it all depends on how valuable a given post is. It can have value simply because you are popular in whatever sense, and the reader cares only about the fact that you are the one saying it. It can have value in some intrinsic sense because of the concept that is conveyed. Or it can have value somewhere in between. Regardless, readers are being bombarded by so many screaming pieces of content (that is, noise) that it's hard for any piece of truly valuable content (that is, signal) to be noticed.

Interestingly, this question also pertains to data. Is the signal from the device detectable and reproducible from the noise? It is also relevant to the articles that we publish in science. Is the advance incremental and hence within reach of a good guess from past work?! Or is it truly a new signal that advances our understanding? Ultimately, we scientists must find signals well above the noise, and be careful in reporting it so that it doesn't get lost in the noise. There is also the question of what is the noise and what is the signal. Consider the accompanying image with this post. Is the pretty red region the signal that is tainted by the noise of a few bright spots? Or are the bright spots the signals that shine over the noise of the red background?

If you are interested in questions of observation, you may also want to check out some of my old posts on the role of perception and implicit bias: Part I and Part II. (It's relatively timely again because Amy Herman appeared on an NPR broadcast just this week.)
Posted by Rigoberto Hernandez at 6:00 AM No comments: